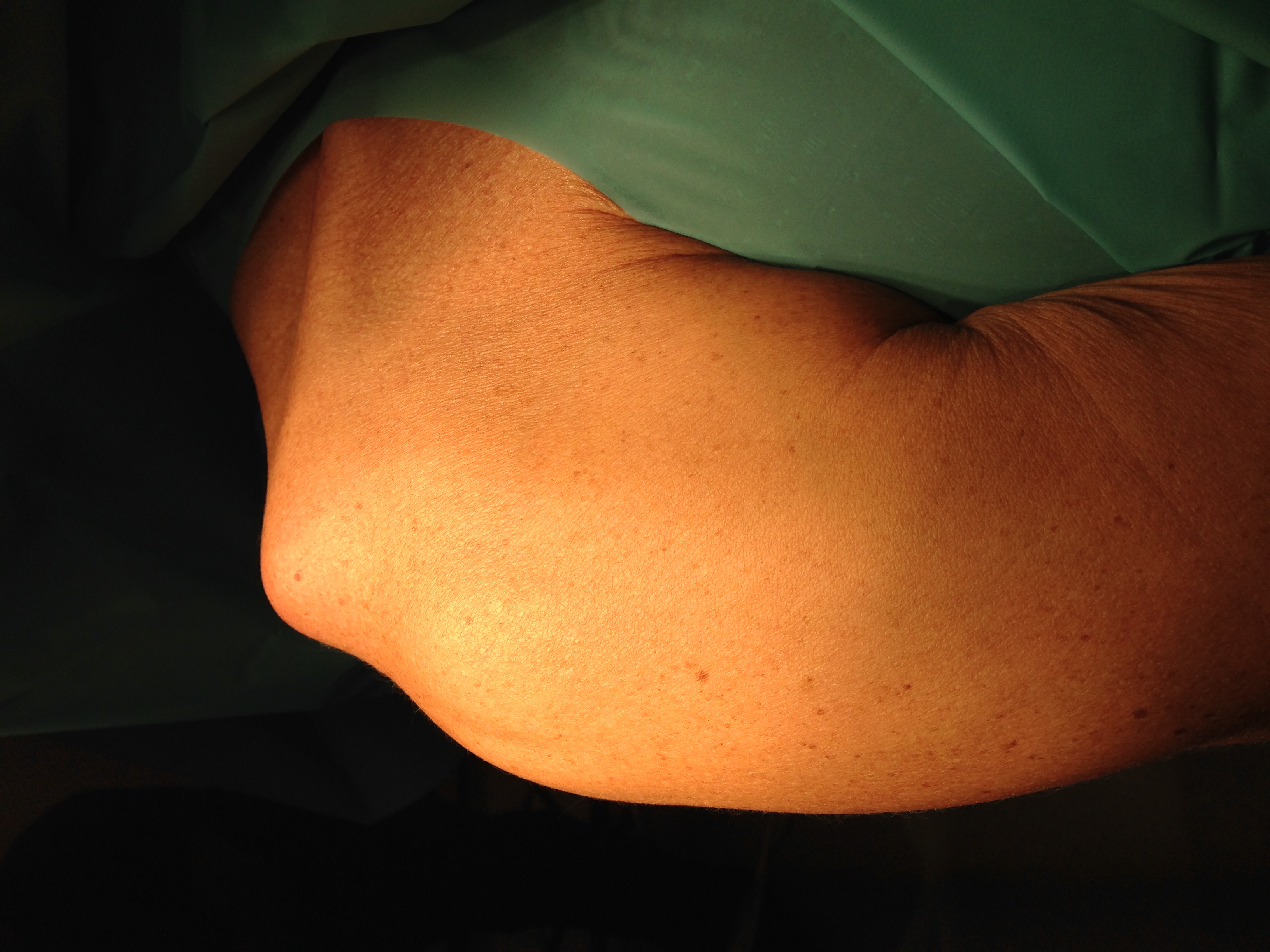 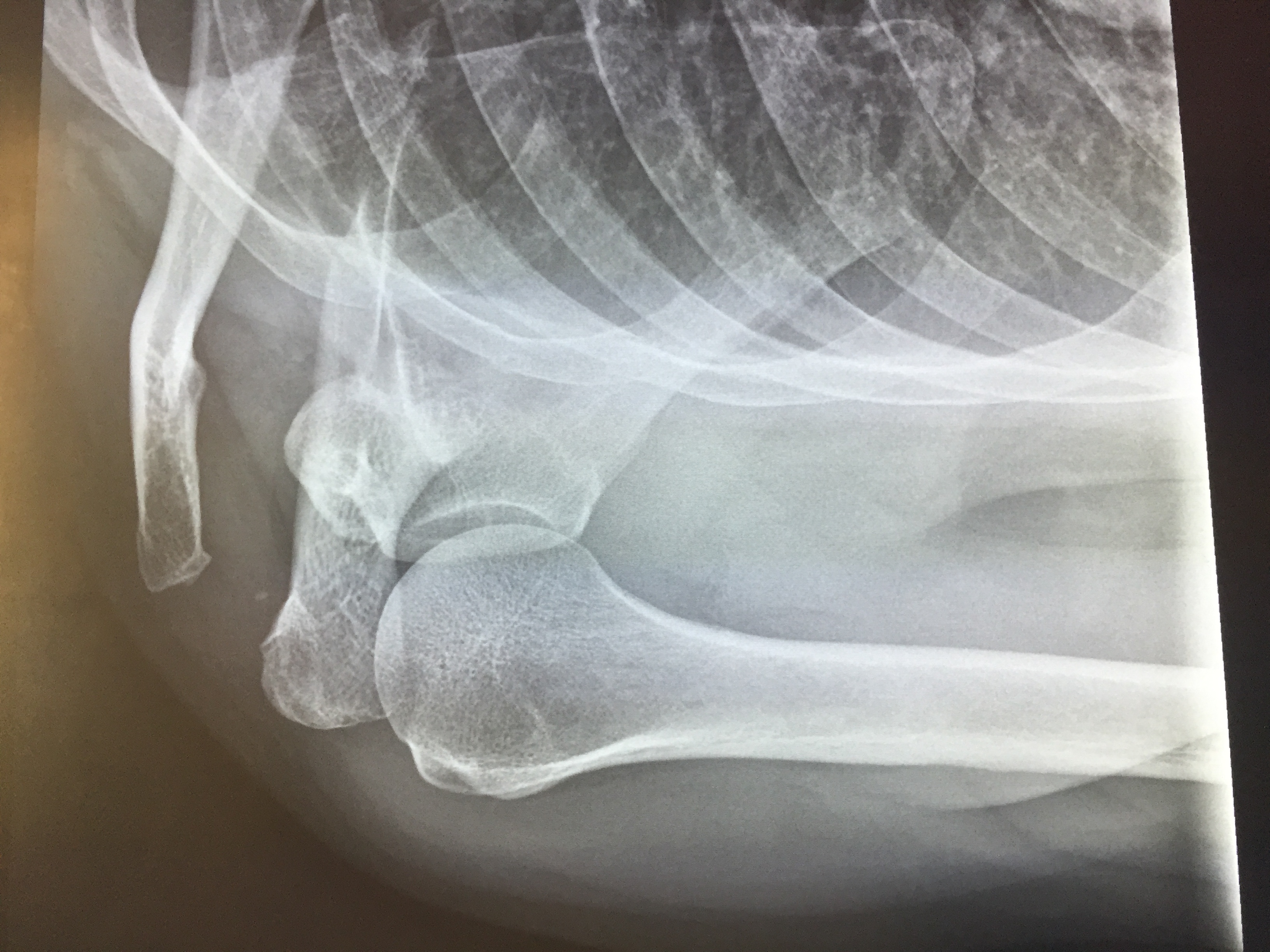 A common rugby and football injury.
Disruption of the ligaments by which the clavicle helps to suspend the scapula results in increased prominence of the clavicle. The function of the shoulder is not usually seriously impaired once the discomfort of the acute injury subsides.

It takes into account not only the acromioclavicular joint itself but also the coracoclavicular ligament, the deltoid and trapezius muscles, and the direction of dislocation of the clavicle with respect to the acromion. Essentially types IV, V, and VI are variants of type III .

A fall or blow on the very tip of the shoulder (acromion) causes the scapula to be pushed down from the clavicle and damages the suspensory ligaments.

This includes clavicle fracture, in which tenderness is usually located more medially, and there is more swelling. A variant of this problem is the epiphyseal separation of the clavicle.

Palpate for tenderness over the coracoclavicular ligaments and the acromioclavicular areas. Palpate the rest of the clavicle and the humerus for fracture. Ask the patient to actively abduct the shoulder and look for at least some muscle contraction in the rotator cuff.

An anteroposterior radiograph of both shoulders allows comparison between the injured and uninjured sides. The distance between the coracoid and the clavicle may be compared. In grade I and II injury, the two sides are equal, but by adding weights to the hand, the distance may increase in grade II. In grade III, the distance is increased even without weights.

Nonsteroidal antiinflammatory drugs or narcotic analgesics are given for the acute injury. A sling should be worn when the patient is up. Braces to reduce the joint (i.e., Kenny-Howard brace) are no longer widely used because of the risk of pressure sores and because of good results with only a simple sling. For patients with grade IV injuries, surgery may be indicated.
Gentle range of motion, then active use of the shoulder may be allowed as symptoms permit. Return to sports should be delayed at least for 6 weeks for patients with grades II to IV injuries.

If surgery is indicated, the joint may be held in reduction with a screw or with ligament reconstruction.We use lockdown Surgilig ligament in some severe cases we use the hook plate as a secondary fixation.
The surgery is day case and use of polysling with ice pack is commenced afterwords. The scar is bra strap.

This is indicated in severe cases. The therapist should work first on motion, then on strength. Home exercises should also be taught.

An analgesic of choice is given for 2 to 4 weeks.

Focus on the patient's function. The radiographic appearance of the joint does not correlate with function, so routine follow-up radiographs are not typically needed.

Most patients may return to their usual activities in several months. A few require reconstructive surgery, owing to persistent pain in the acromioclavicular joint. 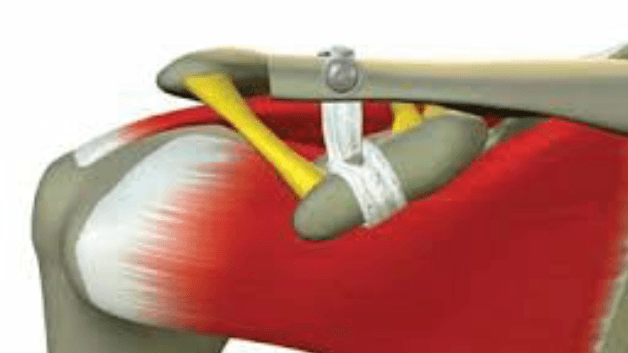 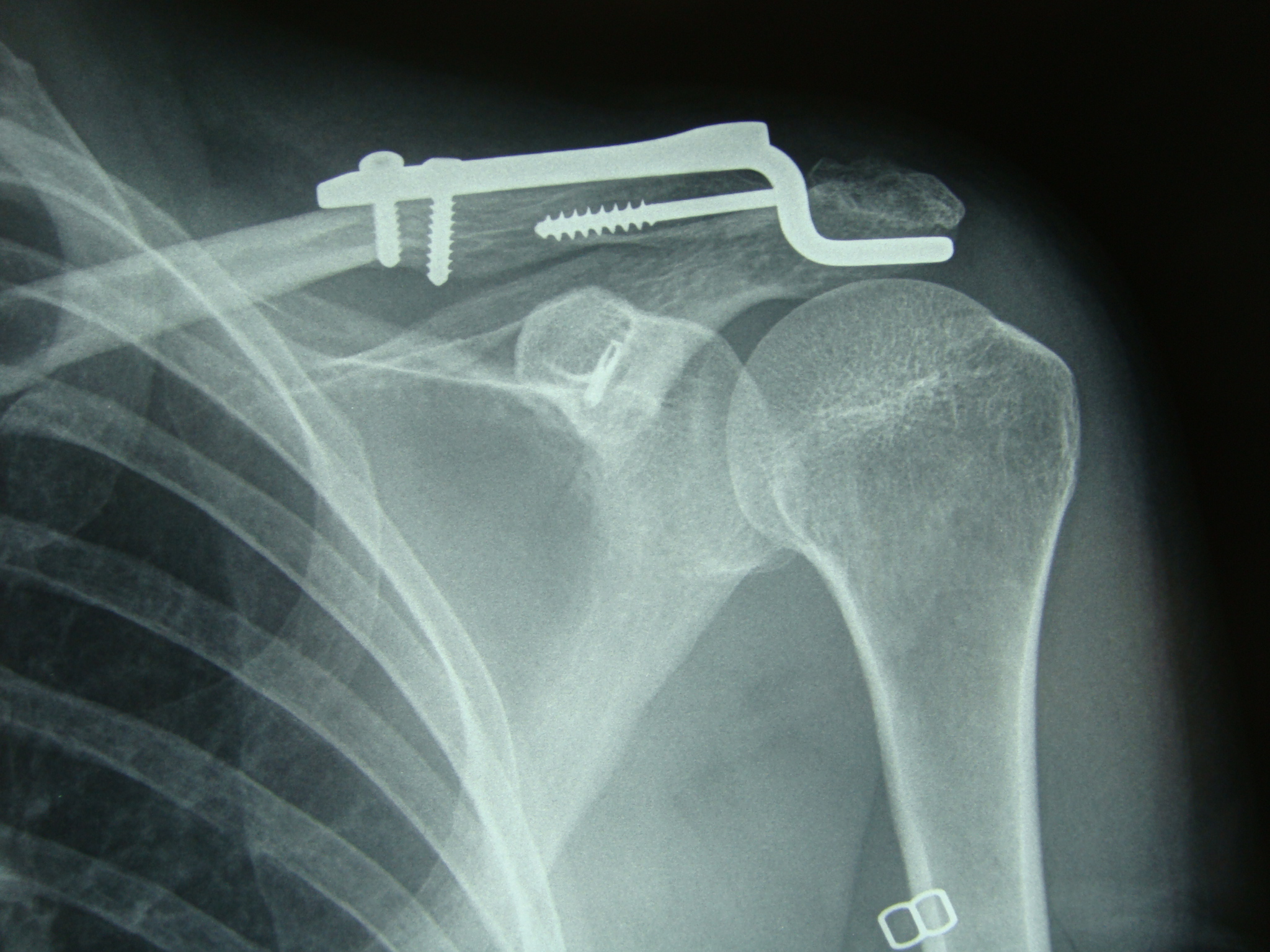 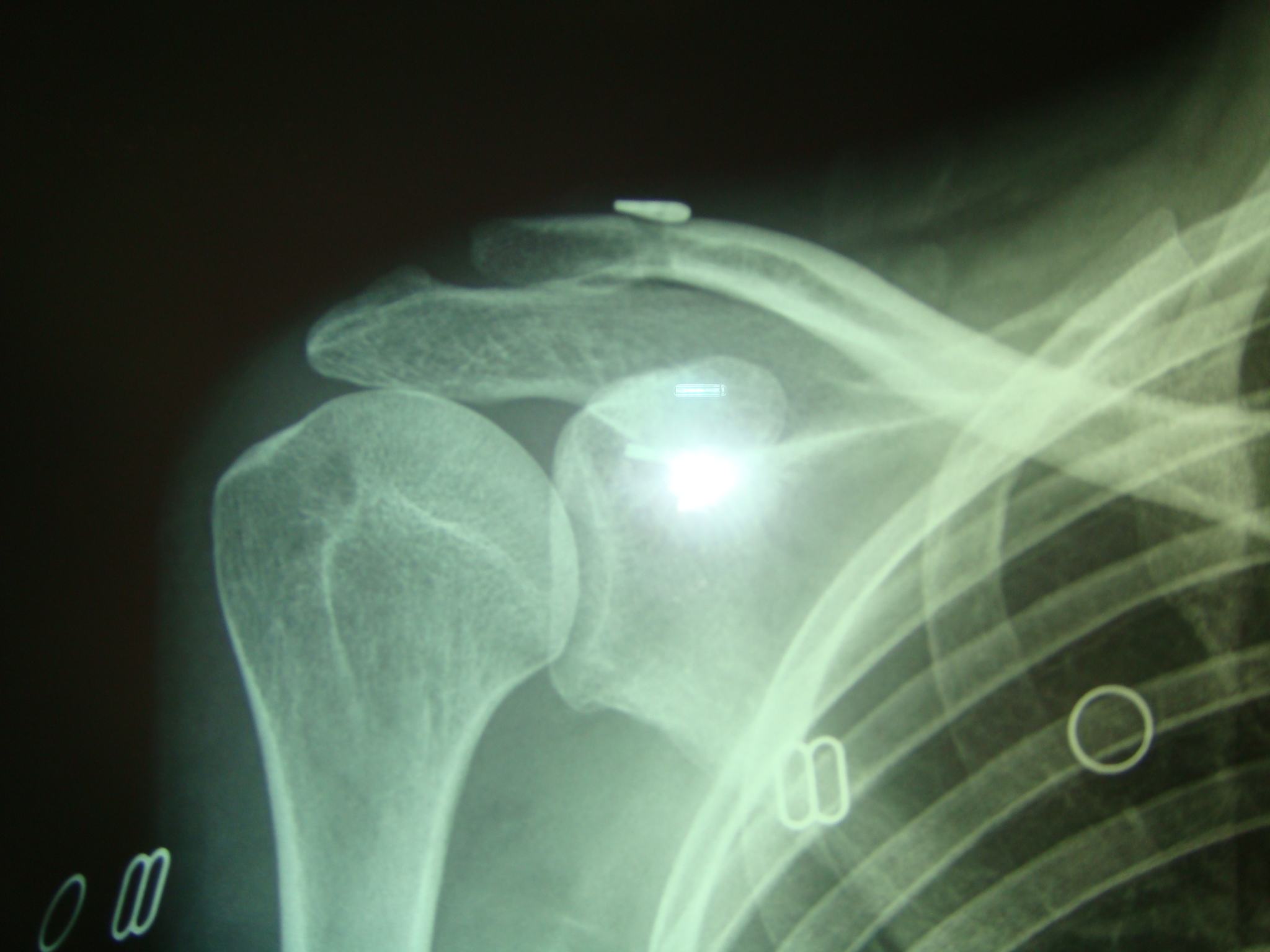