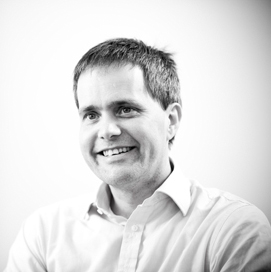 Mr David Sands Johnson has been a Consultant orthopaedic surgeon since 2001, and has a practice almost exclusively within knee surgery.

David graduated from St. Andrews then Manchester University. His orthopaedic training was undertaken within the North West (Manchester) region, where he undertook a fellowship in knee surgery. He also graduated with a Master of Philosophy degree, from the University of Salford, following research into the outcomes of knee surgery. His research interests in the field continue, having also been awarded an Honorary Professorship at the University of Salford.

Teaching forms part of David's routine work, involving education of all grades of junior doctors, medical students, as well as non-medical staff. He also teaches on a number of local and national courses relating to knee surgery. He has recently become the NW orthopaedic specialist trainee research coordinator.

David is a member of the Executive of the British Association for Surgery of the Knee (BASK). BASK is responsible for education of the knee surgeons of the future, as well as representing and promoting the views of Britain's knee surgeons. It is also increasing its role in the provision of information for patients undergoing knee surgery and education for the general public.