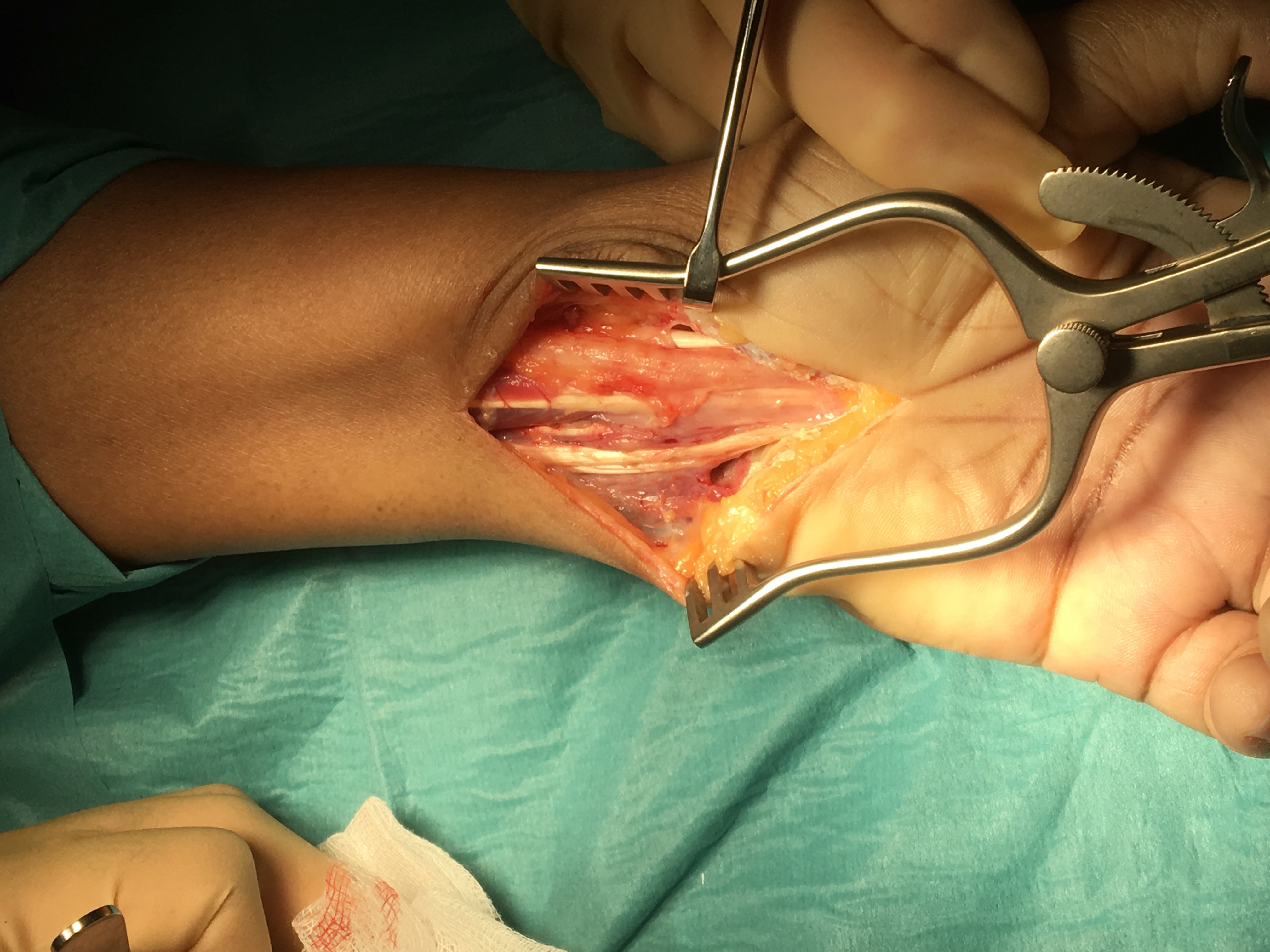 Tendons connect muscles to bones. They are the fibrous bands which extend muscle attachment to the bony insertion. When tendons become inflamed, irritated or suffer microscopic tears, the condition is called tendonitis. Tendons can be small, like the delicate, tiny bands in the hands, or large, like the heavy, ropelike cords that anchor the calf or thigh muscles. In most cases, the cause of tendonitis is unknown; when a cause can be identified, the condition usually happens for one of two reasons:

Rarely, tendonitis is caused by an infection, such as gonorrhea. Tendonitis is most common in the shoulder, elbow, knee, wrist and heel, although it can happen anywhere that tendons are found in the body. For uncertain reasons, tendonitis is also common in people with diabetes. In recent years, a rare cause of tendonitis (or other tendon disease, including rupture) has been recognized: the use of certain antibiotics, including ciprofloxacin or levofloxacin. Why this happens is unknown.
Tendonitis in the shoulder – The most common form of tendonitis in the shoulder is rotator cuff tendonitis. It involves the tendon of the supraspinatus muscle, which attaches to the upper portion of the upper arm bone (humerus) at the shoulder joint. Less commonly, the tendon of the infraspinatus muscle or other tendons of the rotator cuff is affected. In most cases, the supraspinatus tendon is injured by overuse, typically in an occupation or sport that requires the arm to be elevated repeatedly. People at risk include carpenters, painters, welders, swimmers, tennis players and baseball players. The average patient is a male laborer older than 40, and the shoulder pain is on the same side as his dominant hand (for example, right shoulder pain in a right-handed person).
Tendonitis in the elbow – Two forms of tendonitis commonly involve the elbow: lateral epicondylitis and medial epicondylitis.
Both are very common overuse injuries among athletes involved in throwing and racquet sports.
Lateral epicondylitis (tennis elbow) causes pain on the outer side of the elbow joint. This condition probably affects 40% to 50% of all adult athletes who play racquet sports. It also can be caused by any activity that repeatedly twists and flexes the wrist, such as pulling weeds, using a screwdriver or even carrying a briefcase.
Tennis Elbow Treatment with Percutaneous release we also use Platelet rich plasma and lithotripsy shock wave treatment.
Medial epicondylitis (golfer's elbow) causes pain on the inner side of the elbow. It is a less common injury than tennis elbow and, despite its name, it is more likely to be related an occupation that requires repeated elbow movements (such as construction work) than to sports. When it does occur as a sports injury, medial epicondylitis can be triggered by repeatedly swinging a golf club or throwing a baseball.
Tendonitis in the knee – Jumper's knee, the most common form of knee tendonitis, involves either the patellar tendon at the lower edge of the kneecap or the quadriceps tendon at the upper edge of the kneecap. It is a common overuse injury, especially in basketball players and distance runners.
Tendonitis in the wrist – In the wrist, tendonitis commonly appears in the form of de Quervain's disease, a condition that causes pain in the back of the wrist at the base of the thumb. Although de Quervain's disease usually occurs in people who repeatedly grasp or pinch with the thumb, it sometimes develops during pregnancy or for no known reason.
Achilles tendonitis – This form of tendonitis affects the Achilles tendon, the large ropelike tendon attached to the heel bone at the back of the foot. Achilles tendonitis usually is caused by overuse, especially in sports that require running or repeated jumping, and it accounts for 15% of all running injuries. Achilles tendonitis also may be related to faulty running technique or to poorly fitting shoes, if the back of the shoe digs into the Achilles tendon above the heel. Less often, Achilles tendonitis is related to an inflammatory illness, such as ankylosing spondylitis, reactive arthritis, gout or rheumatoid arthritis.

In general, tendonitis causes pain in the tissues surrounding a joint, especially after the joint is used too much during play or work. In some cases, the joint may feel weak, and the area may be red, swollen and warm to the touch.
When tendonitis is caused by an infection such as gonorrhea, there may be other symptoms, including rash, fever, or a discharge from the vagina or penis.
Other symptoms vary according to which tendon is affected:

After reviewing your medical history, including any previous joint injuries, your doctor will ask you specific questions about your pain:

During the physical exam, your doctor will look for tenderness, swelling, redness, muscle weakness and limited motion in the area of the sore tendon. Your doctor also may ask you to move in certain ways, such as raising your arm above your head or bending your wrist. These moves may hurt, but they are very important to help your doctor figure out which tendon is affected. In most cases, the diagnosis can be made based on your medical history and symptoms, together with your occupational and sports history and the results of your physical examination.
Some people may need blood tests to look for other causes of inflammation around the joints, such as gout or rheumatoid arthritis. X-rays also may be taken to confirm that there is no fracture, dislocation or bone disease. In people with Achilles tendonitis or rotator cuff tendonitis, ultrasound or magnetic resonance imaging (MRI) scans may be used to help evaluate the extent of tendon damage.

Depending on the location and severity of tendonitis, symptoms may last for a few days or for several weeks. If there is continued overuse or aggravation of the injured site, pain may worsen and persist for several months.

In many cases, tendonitis can be avoided by taking a few simple precautions. Some helpful strategies include: